Luke Pearson (a Gamilaroi man) says, “it is not enough to just change the date as if the only problem with modern-day Australia, or its history, is the date on which we were holding our national celebration”.

Perhaps the real question we should be asking is “What sort of Australia do we want to live in and celebrate on Australia Day, irrespective of what date it is held”?

In recent times, Australia has frequently been described as the land of the “fair go” but is this a true and complete expression of our nationhood? Is this possible as the only Commonwealth national government that has not signed a treaty with its First Nations?

What would we like to be as a people and as a nation? What is our vision for Australia and are we there yet?

If we are not there yet, what is our roadmap for achieving our vision?

Do we have a theory of change that defines our vision/final goal and how to get there?

It could be argued the Uluru Statement from the Heart is not only an invitation from First Nations to “walk with us in a movement of the Australian people for a better future” but must also be part of our roadmap to achieving our vision of what Australia can and should be.

Many of us in civil society are working for a stronger, more equitable and just Australia. An Australia that is guided by and builds upon the rich heritage of its First Nations.

To achieve this, we must establish a new relationship between First Nations and the Australian nation based on justice and self-determination where First Nations’ cultures and peoples can flourish, and we all move forward for a better future for all of us.

For First Nations to have self-determination and be able to take their rightful place in our country we need structural reform including constitutional change to ensure there is First Nations’ representation in decision making. Only in this way can First Nations have control of their own affairs.

The Uluru Statement from the Heart outlines the steps needed for meaningful structural change (and not more symbolic gestures).

Secondly, a Makarrata Commission is set up to supervise a process of agreement-making between governments and First Nations, and truth-telling about our history. Agreements (e.g., treaties) with First Nations have been reached in the US, Canada and New Zealand where pre-existing nations now subsumed by modern secular states still maintain degrees of self-determination. Here in Australia, we can have two sovereignties that co-exist in which both western and First Nations’ values and identities are protected and given voice in policies and laws.

Truth telling would be a process that allows the full extent of the past injustices experienced by Aboriginal and Torres Strait Islander people to be uncovered and revealed. Such a process would allow all Australians to understand our history and assist in moving towards genuine reconciliation.  We could become a nation that stops glazing over its past and becomes a nation that can face the truth of the past – with all its imperfections. Once that truth is faced, healing can commence and systemic injustice be addressed in earnest.

Stan Grant’s 2015 speech could be considered an example of truth telling: 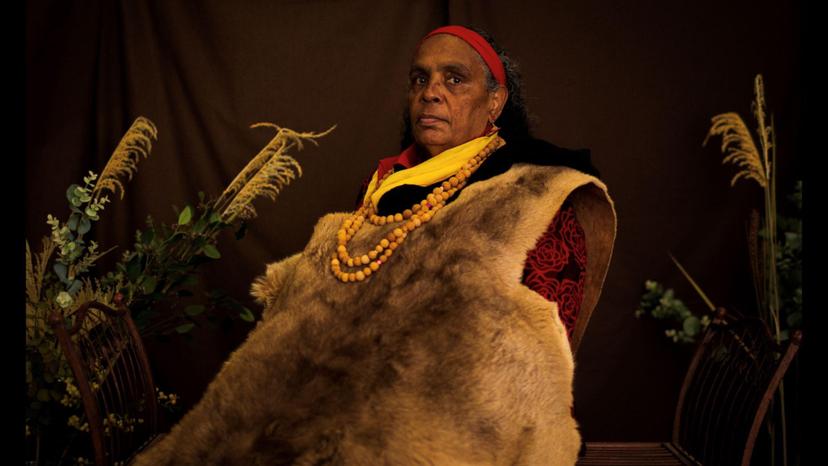 The poem First, “Look Back in Time” by Nola Gregory, Gija/Bardi woman “is about accepting and believing that Australia has a dark past some of which is still hidden away in time in archives all over Australia, but if we start peeling back the pages of history and take a look and see, then maybe together we can all gather in the healing circle as one nation and begin to accept and heal the past hurts of a Proud race of people.”

Hidden away from prying eyes
We peel back the worn pages
To unearth the terrible lies
Tormented, abused and treated bad
Was a way of life it would seem?
But to those that had to suffer it
It was ugly and downright mean

White Australia has a Black history
That has survived the Genocide
Even though we suffered greatly
Our Culture still lives and thrives
The proof stands before all of you
Open your eyes, take a look and see
Let’s not hide it any longer
This shameful past history

We have been part of this Nation
For 65,000 plus years
We have suffered enormous atrocities
That some find hard to believe
But if we want to heal this Country
First we must look back in time
Then gather in the healing circle
Hand in hand let us draw the line

January 26 – a day of reflection

As Stan Grant says in his book “Australia Day”, “The First Peoples do not have special rights, but inherent rights. It diminishes no one to acknowledge and protect that unique status, in keeping with the spirit and limits of our constitutional democracy. In this way we ensure allegiance. In this way we narrow our differences and strengthen our bonds. In this way we are all set free.”

While moving the date may alleviate some of our white supremacy guilt it does not create the structural change we need for a just and equitable Australia and runs the risk of handing a new day to those who would reclaim it as a day of white pride. Irrespective of the date, Stan Grant describes a future Australia Day: “This future Australia Day will still likely be a day of protest, a day of sadness, and a day of joy and thanks. We are all of those things.”

Therefore, what questions should we be asking this 26 January?

Are we really clear on what sort of Australia we want to live in and celebrate on Australia Day, whatever the date it is held?

Do we acknowledge that the Uluru Statement from the Heart is a vital part of any roadmap to achieving our vision of what Australia can and should be?

If so, what can we do to really show our support for the invitation in the Uluru Statement from the Heart to “walk with us in a movement of the Australian people for a better future”? As a starter you could download The Uluru Statement Supporters Kit.

And finally, consider Layla F. Saad’s challenge, “… you are a part of the problem and you are simultaneously also a part of the answer. … In creating a new world, everyone’s contribution matters. … The effects of your actions, whether consciously chosen or not, will impact everyone who comes into contact with you and what you create in the world while you are alive.

The choice (of action/inaction, conscious/unconscious) is yours. The moment is now.”